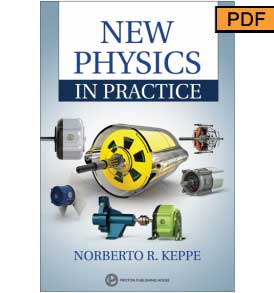 The pulse of traditional physics began to race when Hans Albrecht Bethe (1906-2005) introduced the «stellar» idea that nuclear fusion would be the next energy source. This led a group of followers to waste their time and the money of many countries on building the cyclotron in Switzerland. Articles and studies about this project spread rapidly through the academic world in Frankfurt, Munich, Cambridge, Tübingen and Cornell, and the idea became a pillar of science in the twentieth century.

When Albert Einstein (1879-1955) came out in support of biologist Robert Brown, Democritus’ supposition about how matter is formed of atoms (which have never been seen) received a successful resuscitation. It was, however, totally inverted, just like Einstein’s famous formula E=mc2.

My wish is that this booklet can help lift Physics out of the pit it has fallen into.

There are no reviews yet.